The Joint Military Command (JMC-AUE) is an official military organization of the Eurasian Federation that traces its roots back to the formation of the Alliance of United Eurasia. Its first ever participation in warfare is the Black Sea War. The commander-in-chief of the JMC-AUE is the Chairman while a Supreme Commander acts as the general chief-of-staff. The Department of Defense, under its Secretary, gives executive orders, sets policies, and regulates the JMC-AUE and other defense-related organizations.

The Joint Military Command was established as the main military force of the Alliance of United Eurasia during the Black Sea War. But the JMC-AUE traces its roots back to the respective armed forces of Georgia, Armenia, and Azerbaijan.

The sub-branches of the Ground Force Command are:

The air-based military branch of the Joint Military Command that is responsible for aerial warfare. The AFC has the tasks of controlling the airspace, providing airlifts, conducting airstrikes, and providing other kinds of support to surface forces. The AFC also commits its assets to provide close air support and tactical airlift capabilities to the GFC (army aviation) and to the NFC (naval aviation) with its attack helicopters and transport helicopters.

The sub-branches of the Air Force Command are:

The maritime-based military branch of the Joint Military Command that is responsible for naval and amphibious warfare. The NFC has the task of patrolling maritime borders, controlling the seas, eliminating piracy, performing blockades and securing beachheads.

The sub-branches of the Naval Force Command are:

The technological research and development military branch that oversees aerospace warning and control. It also operates the the air and missile defense system protecting the Eurasian Federation using SAM, missile defense systems and anti-ballistic missiles, C-RAM and even anti-satellite weapons. The SAC also operates a department in the Higgs Space Center that maintains the use of military and spy satellites. SAC also maintains military facilities and stations with radars and radomes.

The sub-branches of the Aerospace Command are:

The AUE armed forces recruits soldiers through volunteers although citizens may be conscripted to the military during times of war.

The Eurasian Federation allows conscientious objections but the alternatives would either be to serve as a non-combatant personnel or to do community service; if the objector is deemed fit to be a soldier but refuses to do so, a fine would have to be payed depending on the objector's personal income and assets. Minors are obligated to take up basic military and survival lessons until they reach past the age of 18.

While adults who have been unemployed for one year over are forced to do military service or civil service depending on their professional backgrounds and skills.

Note: All items marked with "*" means that they are locally produced variants either through license or reverse-engineering 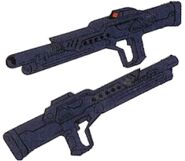 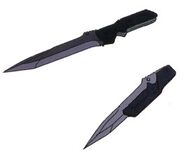 Euraknife-1
Add a photo to this gallery

MV-1 Vulture
Add a photo to this gallery

AH-1S Hover Ship being presented to its major sponsors 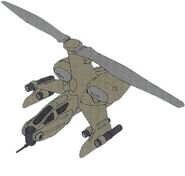 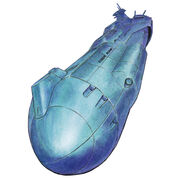 Rein-class
Add a photo to this gallery

The armed forces of the Alliance of United Eurasia is divided between the Central Defense Force for the central government and the State Defense Forces for each nation-state. Each of these separate military bodies manage and independently command their own service branches: the army, air force, and navy (if applicable). The Central Defense Force handles the training of officers and soldiers to the military while the State Defense Force maintains militia and reserve forces for each nation-state. The Joint Military Command heads over all of the independent military bodies and enforces its authority within each of them through its control of the military police; it has the power to overrule an order given by a nation-state to its military and can also take control of the command of these military bodies.

Policing the populace falls to the responsibility of each state government and, ultimately, of the central government. These tasks are overseen by paramilitary gendarmeries that act as stationary self-defense troops which also includes the roles of coast guards (if applicable), customs, and border guardsas well as supplementing the Joint Military Command in times of war.

This organization poses a threat: that a nation-state of the AUE might use their own military force against the Eurasian Federation; it has been a major issue in the country. There have been numerous arguments and even attempts to disarm the nation-states and let the central government solely handle military and defense matters. People within the nation-states also have different opinions regarding the matter and this has lead to a compromise.

The State Defense Forces now have limited authority in handing out orders and procuring their own equipment which have disgruntled a few soldiers and officers in the nation-states. Also, the central and state military does not have their own special forces and intelligence agencies; only the Joint Military Command has the power to maintain and command these organizations. This issue was addressed already by HR3-CL#0049: Military Shuffle Act which transformed the JMC-AUE to what it is today.

The government used to have a policy which would have to conscript unemployed adults for more than one year into the military until they get an occupation again as a form of job guarantee to achieve full employment. This was turned into a law for the first time on 2000 as HR1-CL#0198: Citizen Support for Eurasia's Defense, was abolished on 2012 by HR3-CL#0049: Military Shuffle Act, and was readopted again.

During the Black Sea War, Russia and the United Nations accused the Joint Military Command of using chemical and biological warfare. It was also accused for disguising AUE soldiers as peacekeeping troops then, while still in disguise, going into combat and opening fire.

Eurasian Federation War Flag
Add a photo to this gallery
Retrieved from "https://postdissolutionsphere.fandom.com/wiki/Joint_Military_Command_of_the_AUE?oldid=6317"
Community content is available under CC-BY-SA unless otherwise noted.